Although highly-engineered and known as a reliable vehicle, your Audi can fall victim to mechanical issues as any other car, including a clogged catalytic converter. When this happens, the consequences of a clogged converter can be dramatic. In this article, we will look behind some of the reasons your Audi’s catalytic converter may clog and what to do about it in the event it happens.

The Purpose and History of a Catalytic Converter

Located between the engine and muffler, the catalytic converter was introduced in the early 1970s with a primary function to scrub chemical gases caused by combustion, before allowing them to enter the atmosphere. When the US passed the Clean Air and Water Act, which demanded a reduction of emissions by 75% within 5 years, the catalytic converter found a place in history.

There is a formal scientific explanation of how a catalytic converter works. Here, we will explore the function in simple terms. A catalytic converter contains platinum, rhodium, or palladium. When these elements combine with the gases from a combustion engine, they create a chemical reaction and convert harmful gases into less toxic gases before passing into the atmosphere.

If the conversion is not taking place properly, you may smell a rotten egg scent. This smell may be due to a broken catalytic converter not being able to properly convert hydrogen sulfide into less-toxic sulfur dioxide.

Symptoms of a Clogged Catalytic Converter

Reduced acceleration, poor engine performance, the smell of rotten eggs (mentioned above,) and extreme heat emanating from under the car can all be signs of a broken or clogged catalytic converter.

If the converter is clogged enough, it will cause oxygen starvation for the vehicle, and you will find your Audi stopped on the side of the road. Lesser symptoms are a slow car start in the morning, low fuel efficiency, a check engine light, or a failed emissions inspection.

Repair and Service of Your Audi

When it comes to solving problems with the catalytic converter in your Audi, European Auto Tech located in 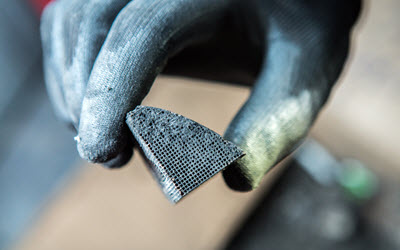 Plano, Texas, can resolve issues not only with your converter but repair any other underlying problems that caused the failure.

Over the years, we have serviced and repaired most makes and models of European design. Serving Allen, Dallas, Flower Mound, Frisco, Highland Park, McKinney, Park Cities, Richardson, Southlake, University Park, and Plano, our technicians are highly trained with over 18 years of experience. Our team provides the best service and repair for your highly-engineered Audi and many other European models. Call us today for our reputable and honest expertise you can return to for maintenance and repairs.